Help Save Our Sharks

Our oceans. Vast, deep, almost unfathomable. They sustain us. They regulate our climate, provide food, and have an enigmatic beauty that enchants people the world over.

Marine ecosystems exist and provide these functions through a delicate balance that has arisen through hundreds of millions of years of evolution.

One constant through over 400 million years of this history is sharks. Sharks play a crucial role as predators in nearly all marine environments. Not only do predators regulate prey populations through direct consumption, but there are strong indirect effects of prey changing their movement patterns to avoid risky confrontations with predators like sharks. Sharks can have a particularly strong influence as their piercing, sawing teeth and gaping jaws often allows them to consume much larger prey than other fish can - dolphins, dugongs, turtles and other sharks all feature on their menu. 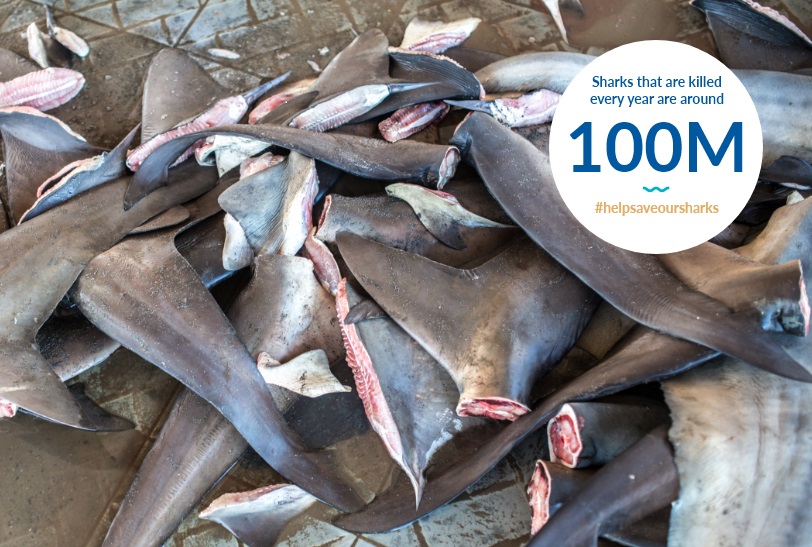 But this balance is in jeopardy. Despite their historical presence as wardens of the deep, sharks are in danger. There seems to be an ever-growing demand for shark products, including their fins, meant and oil. So much so that as many as 100 million sharks may be killed every year. To put that in perspective, that's only a few million shy of the population of the USA, and over a third of the population of Europe.

It's an absolutely staggering figure, and comes as no surprise that most shark fisheries are considered highly unsustainable. We're losing sharks, and fast - many populations have declined by over 90%. Losing predators like sharks means our oceans, and all the valuable services they provide, are also threatened, as the delicate ecosystem balance they help maintain collapses. A future without sharks is a dark one, and we can't be sure just how severe the impacts will be.

Want to
Help Save Our Sharks?

But we can, and will, make a difference. It's our responsibility to take stewardship of our natural world and ensure all its resources can be sustained to benefit future generations.

There is increasing recognition globally of the need to conserve shark populations, with many countries imposing strict quotes or complete fishing bans, while others divert to the rapidly growing, far more sustainable tourism sector. But it's still an uphill struggle, with poor public perception of sharks and rife poaching of sharks in the high seas ŌĆō Save Our Sharks has been established to help combat these misconceptions and promote shark conservation.

As apex predators, sharks play an important role in the ecosystem by maintaining the species below them in the food chain and serving as an indicator for ocean health. They help remove the weak and the sick as well as keeping the balance with competitors helping to ensure species diversity.

It is estimated that 100 million sharks are being killed every year. That's equivalent to a shark being killed once every 3.17 seconds. If this continues then we could see the total extinction of sharks before the year 2040.

If we care at all about the health of our oceans, sharks as a species are vital as Sharks are considered a 'keystone' species. This means that if they are removed from the food chain, the whole structure could collapse. Without sharks regulating the ecosystem underwater, vital habitats would undergo serious damage.

Show your support and awareness. Help to preserve and protect our world's oceans.